A visit to the three valleys in the East Bay region of California’s Bay Area: Amador, San Ramon, and Livermore.

We’re on the way from LAX to Oakland to get to Pleasanton for a weekend exploring the Tri-Valley area, including Livermore’s Wine Country. We’re looking forward to a diversionary escape on a Friday night after a long week of work. During an unexpected flight delay of 2.5 hours in the now desolate airport with no food and only a little drink, we meet someone from Livermore.

Adam, an engineer who has spent the last 15 years working and raising his family in Livermore, happens to live across from one of the wineries we will visit. Little did I know that Livermore is home to the Lawrence Livermore & Sandia National Laboratories, government organizations whose main job is to maintain the nuclear stockpile so that it is ready if necessary. It’s one of only two national security labs in the U.S., the other one being in Los Alamos, New Mexico. The labs are a city of just under 100,000 people tasked with protecting our country. Adam gives us insight into the Tri-Valley area and the stops on our itinerary that he likes, including where we are staying, The Rose Hotel, which was developed and owned by the now late John Madden and his brothers.

After a short 50-minute flight, we arrive at almost 1:00am, and thankfully my partner had the foresight to get a car service. It’s worth the money to have the driver waiting for us to take our luggage and sweep us off in the comfortable roomy Suburban at this time of morning, arriving in Pleasanton in record time.

The Rose Hotel is even nicer in person than in its photos. The hotel is situated in the historic district, Victorian in style, and appropriate considering this town was founded in 1892. It’s only 3-stories and even in the late hour, I couldn’t help taking the welcoming curved staircase in the middle of lobby up to the second floor where our room awaited. What surprised me most about the spacious well-appointed rooms was the abundance of amenities. Everything is well conceived. The plethora of charging stations; the French press coffee set-up in the room, a sanitary and pleasant variation from the usual coffee makers; the ear plugs, gift packaged chocolate mints and water bottles by our bedside; the wine opener at-the-ready with the ice bucket, water and wine glasses in the foyer of the room; the matches with a tea candle in the bathroom among the sewing kit, nail file, cotton pads and Q-tips in glass dispensaries in lieu of the usual paper and plastic packaged boxes; weather cards; and a desk complete with a proper pen, and branded notebook and letter opener for guests to use. Peet’s coffee awaits us in the lobby in the morning, with a European-style breakfast.
www.rosehotel.net/

As corny as it sounds, Pleasanton is aptly named. Walking to the car rental location, it’s understandable why people live here. If you want see what the American Dream looks like, walk three blocks in any direction, and you will find it, white picket fences and all.

It’s fun walking down main street during the day or night, visiting shops and eateries. We happened to land our visit during one of the classic car hot rod weekends held at the local fairgrounds, so not only did we get to enjoy the town’s charm, we had the added bonus of dudes showing off their vehicles like a scene out of “American Graffiti.”

We ate dinner at Oyo’s – a lively restaurant and bar featuring South American tapas and Latin Style dishes of Guyanese heritage. They are known for their paella, jerk chicken, and Guyanese cook-up rice (what self-respecting carnivore would pass up a dish including chicken, brisket and pig tail?).
www.oyopleasanton.com/

A must-stop is the drive-through Meadowlark Dairy which is known for its soft serve ice cream flavors. No matter the time of day, there is always a long line up for the sweet treat. The receptionist at the Rose says there wouldn’t be any traffic in Pleasanton if it weren’t for the dairy.
www.meadowlarkdairy.com/

We started our day with a ride to Danville, one the of the wealthiest suburbs of San Francisco and Oakland. It’s pristine and clearly well thought out. The Blackhawk Museum, established in 1988, includes a classic car exhibit where Adam’s father, a car enthusiast, would frequent every week, developing a bond with the other regulars. Figuring we’d hit this section first, there are impressive twin Duesenbergs at the entrance. I don’t personally know a lot about cars, but even I enjoyed the display of historically significant automobiles, specialty collector cars and vehicles from movies. The museum rotates the display of cars, so guests will see new vehicles when they visit.

There is something for every interest at this museum that houses five galleries of exhibits. The Spirit of the Old West Gallery explores the life of the Plains Indians up through the 19th century westward expansion of settlers into the frontier with exhibitions devoted to indigenous culture and heritage. This includes the largest dioroma that I’ve ever seen. The Art of Africa Gallery showcases sub-Saharan African culture through wooden sculpture, ceremonial ritual, and music. The Into China Gallery features reproductions and fine works of art from China, including the Imperial Dragon Throne and an intricate model of the Forbidden City. And the World of Nature gallery is an expansive collection of more than 600 species of carefully-curated animals on display.
blackhawkmuseum.org/

The town of Danville is a combination of historic buildings blended in with contemporary shops. There is a Saturday Farmer’s market by the old train tracks, and the streets are lined with one eatery after another. We lunched at Cocina Hermanas, a Mexican food restaurant with a California influence. Everything is fresh, local and homemade, including the chorizo in the most delicious breakfast burrito I’ve ever had. We can highly recommend the Agua Chile tuna tartare and the Birria soft tacos as well.
www.danville.ca.gov/

Livermore is home to 60 wineries and 96,000 acres of vineyards. In 1844, Livermore Valley was established by Robert Livermore, a British sailor, who planted grapes and began making wine.

Wente followed with its vineyard in the 1880s. Charles Wetmore, the first ever Valedictorian from Cal, got a job as a journalist on the wine beat. From there, he met the Wente family, who hired him to run their fledgling operation. Today the fourth and fifth generations of the Wente family operate 2000 acres of vineyards and carry the honor of being recognized as the “first family of Chardonnay.” Aside from the award-winning wines, highlights of the winery include huge originally carved redwood barrels, one commemorating the first time an American wine won the grand prize in Paris, the same year of the Eiffel Tower opened in 1889, and wine caves that keep a constant temperature of 56 degrees.
www.wentevineyards.com/

Another winery of note is Las Positas. Their 20 acres of vines, under the tutelage of winemaker Brent Amos has 17 different varietals growing and yields an impressive 5,000 cases a year. Each wine in their tasting flight was as good as the next, and how they display them is unique. Chef and Assistant GM Curt Pipes serves a small menu of charcuterie and desserts including a flight of decadent flourless chocolate cakes that pair nicely with their red wines.
www.laspositasvineyards.com/

A stop at Monica’s Livermore before day-drinking is highly recommended. It’s a family run business that prides itself on making everything from scratch and utilizing the other local organic and family farms in the community to source their farm fresh free-range eggs, produce, fish and poultry. Brunch features superior waffles, pancakes, and some of the best biscuits and gravy we’ve had outside of the Southwest. Order a bottle of sparkling wine and it comes with a flight of four juices to make mimosas (every beverage in the Tri-Valley comes in flights). Choices of fresh juice range from mango, pineapple, guava, pomegranate, orange, grapefruit and blood orange.
www.monicaslivermore.com/ 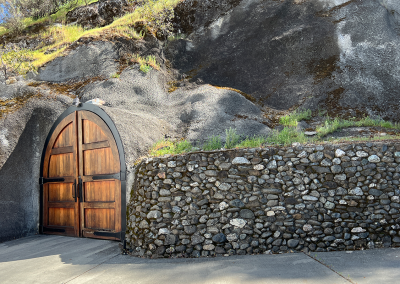 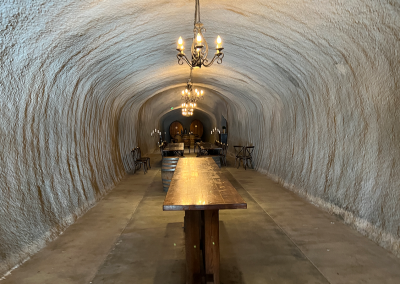 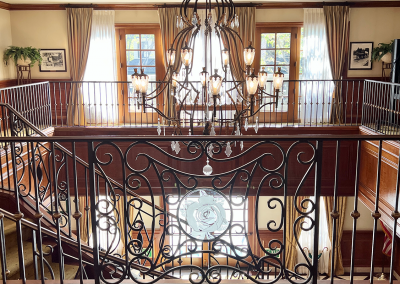 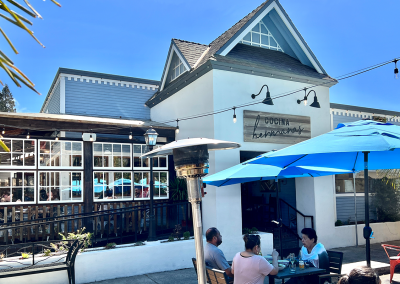 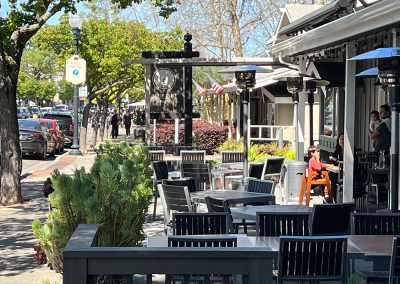 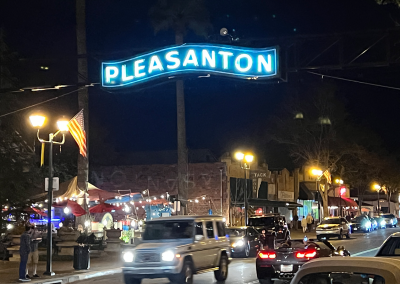