Today they’re a favorite of countless locals and tourists, visited by everyone from history enthusiasts and school-aged children to artists and photographers. With weekly religious services, guided historical tours and educational and enrichment opportunities, their legacy continues on more than 200 years after first being founded.Characterized by bell towers, rustic iron crosses and stucco exteriors, missions were built during the last part of the Spanish Expedition in what had been dubbed “Alta California” (the region that would later become known as Southern California) and were among the Spaniards’ last conquests in the new world. Commissioned by Catholic Padres and constructed by the Chumash Indians using adobe brick and other local materials, their sole purpose was to be used to convert the Native Americans to Christianity.

The very first of the structures, Mission San Diego de Alcala, was established by Father Junipero Serra in 1769. Over the next 54 years, these religious outposts — 21 in total — would spring up along a route that would be named “El Camino Real” (“The Royal Highway”) that stretched from San Diego to San Francisco.

Many years later in the 1920s the Auto Club of Southern California, eager to boost tourism, installed cast-metal staff-and-bell markers (bearing “El Camino Real”) and trumped the path as the same one Catholic Priests had treaded nearly two centuries before.

By the early 1960s, mission bells would be permanently installed along Highway 101 so tourists could follow the approximate route by automobile, of the missions’ original locales.
During their prime, missions were not only places of worship, they became the centers of their communities. Franciscan priests resided on the premises where they performed weekly services. Weddings, baptisms and funerals were also held there. The land that surrounded many of the missions was fertile, producing olive and citrus trees and a number of crops, including artichokes, wheat and grapes.

In 1833, a takeover by the Mexican government resulted in the secularization of the missions, ultimately landing them in a state of ruin. Museum Director at Mission Santa Barbara, Kristina Foss, says, “The 1830s marked the beginning of the Ranchero period. Mexico was not in favor of the missions or the Catholic Church, so they confiscated them, as well as all of the land they were on, from the Spaniards. They were abandoned as churches altogether and used as makeshift ranch houses and cattle barns instead, which resulted in these structures falling into great disrepair. When the Americans arrived in California in 1849, they wanted to know why all of these churches were being used to house livestock.”

Ultimately, the land disputes were settled. President Abraham Lincoln would launch complete restoration of all missions and order that they be returned back to the Catholic Church, one by one; and although the damage to some of them would be near-irreparable, one remained intact. “The Santa Barbara Mission had been confiscated along with the others, but was the only one that was not abandoned during this period. It had become so important to the community and the people of Santa Barbara would not allow it to be used in any way other than a church; so Mission Santa Barbara remains the only one that has continually operated as a mission since 1786,” notes Foss.

Today missions remain among the most-visited and beloved places in California. And while seven of the 21 are national landmarks, Foss says, “Not all of them have received landmark status yet, but there is no question that they’re historically and architecturally among the most unique and valuable contributions to our state. Each one of them plays an invaluable role in the story of American and California history.” 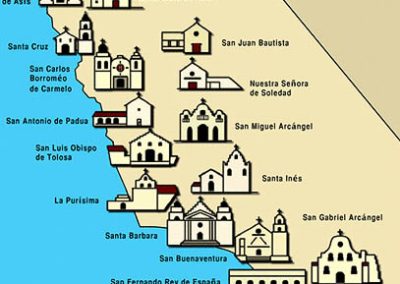 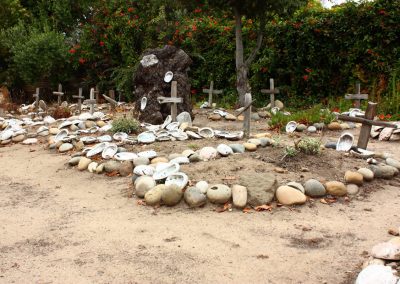 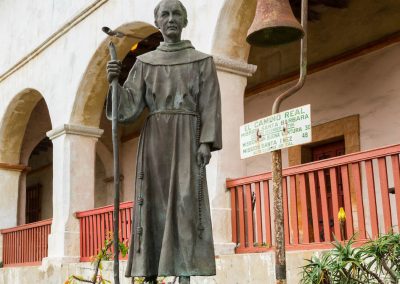 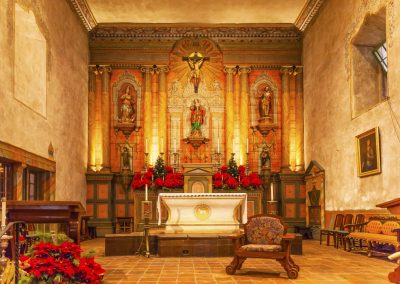