Perfect Mix of Past and Present

Huntington Beach has always been an idyllic beachfront city in Southern California attracting sun lovers, athletes, entertainers, and visitors worldwide. It’s also officially known as SurfCity USA since this is where the surfing boom began on the U.S. mainland in the 1960s.

This is also where the Beach Boys rose to fame with hits including “Surfer Girl” and “Surfin’ USA” after Brian Wilson and Jan Berry wrote “Surf City.” Recorded by Jan and Dean in 1963, it became the first surf song ever to become a national number one hit. Dick Dale, King of the Surf Guitar, wrote “Miserlou” and produced the first surf music album here.

Toda y, Surf City USA is a leading international destination for amateur and professional surfing and action sports events. The week-long Vans U.S. Open of Surfing from July 27-August 4, 2019 is now the largest surf competition in the country. The city’s contributions to growing the sport over the decades were no doubt influential in getting a bill signed by Governor Jerry Brown last August proclaiming surfing California’s official state sport. Surfing also becomes an official Olympic sport with the 2020 Summer Olympics in Tokyo.

Since a city’s future is not just found in its past, Huntington Beach carefully planned ahead and now celebrates a perfectly orchestrated expansion of its cultural, culinary, shopping and leisure activities.

Near downtown is iconic 5th & PCH (formerly The Strand) which is has high-end boutiques, shops, bars, and eateries. It adjoins the renowned Kimpton Shorebreak Resort with its classy surfing ambience and Pacific Hideaway, one of downtown’s best restaurants offering Latin American and Asian fusion fare. Updates include its newly-renovated 24-hour fitness center complete with a new 40-foot wide rock climbing wall.

In addition to the recent resort updates, there’s a competitive variety of cutting-edge wellness, fitness and spa offerings throughout the city. You’ll find yoga, kickboxing, meditation, reiki and other classes at Haven of Wellness, CloudMover Day Spa, Equinox at Pacific City, and Spiritual Origins.

Huntington Beach has long celebrated the accomplishments of athletes and others who have made significant contributions to the city. To inspire female action sports girls and women across multiple generations to follow their dreams, the city’s official tourism organization, Visit Huntington Beach, has aligned with the Association of National Advertisers’ #SeeHer initiative launched June 2016 in partnership with The Female Quotient (TFQ) at the United State of Women.

On the Beach Front

As one of the world’s largest recreational wharfs, Huntington Beach Pier extends some 1856 feet out over the Pacific. An extension of Main Street, it dates back to 1902 and anchors the cultural hub of the city. It’s a great place for fishing, watching the U.S. Open of Surfing Championships, volleyball tournaments, and enjoying spectacular panoramic views that stretch beyond Catalina Island. At the very end is Ruby’s Surf City Diner known for its great burgers and Oreo peanut butter shake. On the second floor is Jan & Dean’s Tiki Lounge where you step back into a world of surf culture and music. Adjacent is Pier Plaza which offers all sorts of events including great afternoons of free surf music concerts.

With December comes the Cruise of Lights and Christmas Boat Parade. Voted one of the “10 Best Christmas Light Destination in the U.S.” by AOL, sparkling lights and animated scenes decorate hundreds of homes and boats which can be enjoyed during the Huntington Harbour Philharmonic Cruise of Lights® and the decorated Boat Parade.

Huntington Beach is alive with local action 24/7. Among the most popular events are the summer concerts at SeaLegs at the Beach which has one of the only live beachfront concert venues in SoCal. There are swings, fire pits with Adirondack chairs, a gourmet beach concessionaire, and concertgoers can also get VIP packages with cabana, personal fire pit, and VIP viewing platform with private bar. Weekly live concerts now through October 5 feature Yachty By Nature, Flash Back Heart Attack, Wheeland Bros. and more.

As the sun disappears into the sea, nightlife begins to pack the hotels, bars, lounges and other fun spots around town. An eclectic mix offers everything from rockabilly dive bar to upscale jazz, karaoke, sports bars— even one of Orange County’s few mechanical bulls.

If you are into craft beer, there’s Four Sons Brewing, Riip Beer Co., Dude’s Brewery and Huntington Beach Beer Company. Some of the best craft cocktails in the OC are found at Surf City Still Works, the town’s first distillery. Boutique California wines paired with artisan cheese and charcuterie plates are offered at spots like Main Street Wine Company and the award-winning SeaLegs Wine Bar.

Old legacies and new vibes blend seamlessly into the unique culture that defines Huntington Beach today. You can visit the famed International Surfing Museum on the corner of Olive and Fifth Street displaying Duke Kahanamoku’s surfboard, Dick Dale’s guitar, other artifacts, and find vintage surf music around town. Be sure to take a selfie at the GUINNESS WORLD RECORDS largest surfboard outside the museum.

Local broadcast personality Chris Epting also offers a 90-minute walking tour highlighting hidden historical gems including an apartment court reportedly haunted by Rudolph Valentino. Times and details are at www.chrisepting.com/tours. His podcast , “In the Pipeline,” which focuses on the history and colorful characters of Huntington Beach, is on Spotify.  www.chrisepting.com/podcast-1

For more details, check out www.surfcityusa.com. 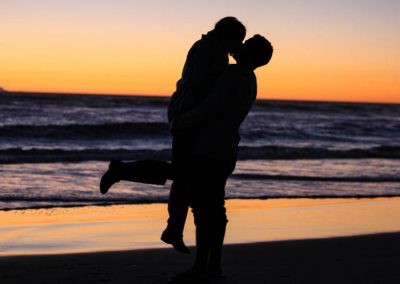 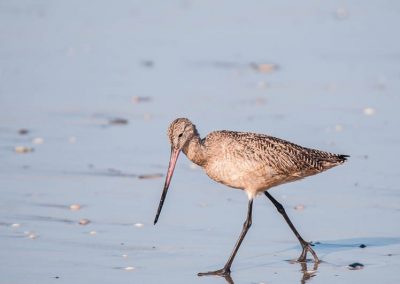 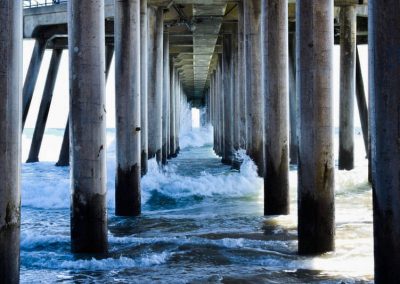