What Happened if You Need …

Medical Evacuation on Your Next Trip?

Igor Natanzon had long dreamed of visiting Antarctica. But his photographic expedition to the South Pole turned into a nightmare after a rogue wave slammed into his ship and he required a medical evacuation.

The wave hit the vessel as Natanzon, a software engineer from Hallandale Beach, Fla., was descending a flight of stairs on the lower deck. He lost his grip on the handrail and tumbled down the stairway, fracturing his lower leg.

“I had medical evacuation insurance,” he recalls. “But I never thought I’d have to use it.”

Natanzon was lucky. Airlifting sick or injured passengers from the Antarctic can cost hundreds of thousands of dollars. I’ve spoken with travelers who had to tap their retirement savings to cover a medical evacuation bill. So when do you need medical evacuation coverage — and when can you do without it?

“Even if you’re in good health, accidents can happen anywhere,” says Tom Bochnowski, the vice president of marketing for Redpoint travel insurance, which covered Natanzon’s medical evacuation through his travel company, Muench Workshops. “Being able to get home for treatment by your own doctors in your own home country is invaluable.”

To find out what kind of coverage you need, you must review the coverage you already have. Credit cards or health or travel insurance policies may cover emergency medical evacuations, but consumers should read the fine print to be sure. Travelers should review coverage limits, warns James Walloga, executive vice president for accident & health at Chubb North America. “Some policies have as low as $5,000 for medical expenses and $10,000 for emergency transportation,” he says. “That may not provide enough coverage, depending on where you’re traveling.”

Do you need all of that? It depends on your circumstances and where you’re traveling. Here’s a checklist.

If you’re taking a cruise: If Natanzon’s story isn’t enough to make you consider a medical evacuation policy, then consider Fred Claussen’s. He suffered a massive heart attack on a cruise and found himself stranded in St. Kitts for a week. Cruise infirmaries can handle only basic emergencies, and modern medical facilities are often hundreds or thousands of miles away.

If you’re engaging in a high-risk activity: Travel insurance often excludes high-risk activities such as mountain climbing or scuba diving. “If your policy doesn’t cover injury sustained on a moped — many deem them motorcycles and, therefore, disallow coverage — or doesn’t cover adventure travel, they’re not going to cover an evacuation,” says John Gobbels, the chief operating officer of Medjet. Gobbels still recommends travel insurance, noting that a membership in a medical air transport program is a supplement to insurance, not a replacement.

Personal preference is a factor. For example, if you’re a nervous traveler, you might feel better with both a travel insurance policy that has a generous medical evacuation benefit and an annual membership in a medical transport program, even if you’re just taking a hiking trip out west. But if you aren’t afraid of taking risks, a garden-variety travel insurance program might feel fine for your next European vacation.

As for Natanzon, the ship dropped him off on King George Island, near the Antarctic Peninsula. He flew to a hospital in Chile on a plane and then home to Florida on a private jet. Medical insurance covered all of his costs. “I have been to some dangerous parts of the world, and came out okay, so I guess I grew a bit complacent about the possibility of an injury,” he says.

But the experience didn’t deter him from further adventures. In fact, he’s returning to Antarctica this month to finish his photo expedition.

What Happened if You Need a Medical Evacuation on Your Next Trip?

Christopher Elliott’s latest book is “How To Be The World’s Smartest Traveler” (National Geographic). This column originally appeared in the Washington Post. 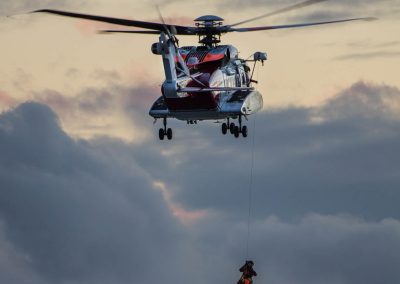 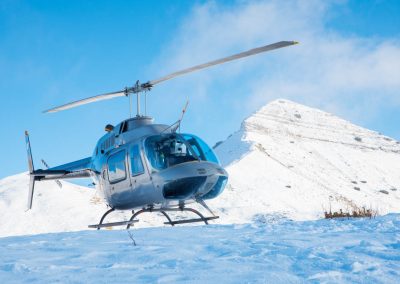