Town Gems to Explore Between

I’m a second-generation Los Angeles native. After college, my two brothers migrated to San Francisco and my dad and stepmom relocated to Aptos in Santa Cruz County. Since then, I have traveled the Pacific Coast Highway and Highway 101 more times than I can count, visiting many of the coastal cities and towns along the way, but in all these years, I’d missed some of the smaller towns that brought me surprise, charm and delight.

Merely 25 miles south of San Francisco is Half Moon Bay and another half an hour south of that is Pescadero, both part of the San Mateo County Coastline, and two entirely enchanting places.

Half Moon Bay, is a quaint town with a population of just under 13,000 people. Entering downtown over the bridge to Main street feels like going back in time and transported me to a homey and special environment with a sense of place. Everything about it is welcoming, and even though it is contemporized, it maintains subtle signs of its past.

The historic town has a jail from 1915 and its shopping area ranges from artistic handmade furniture to upscale clothing shops, and includes an olive oil tasting room and a feed store loaded with tons more than just animal food.

Eateries present all sorts of options. The family owned It’s Italia trattoria and pizzeria offers inventive Italian food with a California twist. Using only local produce, fresh fish, meat and seafood from the area, the restaurant has a well-rounded menu of choices in addition to its delicious fresh pastas and pizzas. Located on Main Street in the Half Moon Bay Inn, it has a welcoming patio with a fire pit, an ideal place for sipping wine with your meal.

Sam’s Chowder House is a New England style seafood restaurant with an enormous patio overlooking the Pacific Ocean. It’s famous and people come from all over for its clam chowders, fresh seafood, and key lime pie.

Half Moon Bay Brewing Company is an award-winning craft brewery and restaurant dishing up California grub and seafood. It’s a relaxed atmosphere that overlooks the bay and Pillar Point Harbor.

Pillar Point Harbor is for both fishermen and leisure boating. The Half Moon Bay Kayak Company rents kayaks and paddle boards to day trippers, as well as boats and bikes.

Accommodations in Half Moon Bay run the gamut of inns, hotels and resorts and extend to include camping. The Beach House is in an ideal beachfront location with panoramic views of the water, and is situated steps away from a walking and bike path. The New England-style boutique hotel is family-friendly with spacious junior suites, each with a patio or balcony facing the ocean. All 54 suites come with a kitchenette and a living room fireplace complete with kindling supplies to light the fire. Continental breakfast is included, as is a Wine Reception on Friday and Saturday evenings. The pool and hot tub provide an alternative to the ocean.

Half Moon Bay has a boutique winery, La Nebbia, where visitors can enjoy a wine tasting and sip wine or play bocce ball while unwinding in their friendly garden. This winery is like no other, because it shares a property with the Half Moon Bay Art Glass, where you can buy a piece of art glass or take a glass blowing class.

Pescadero is even smaller than Half Moon Bay. The rural town sits in between Santa Cruz and Half Moon Bay and dates back to the late 1850s. The town has a population of less than 650 people, yet it has more than its fair share of things to do.

This is definitely farm and ranch country. It’s hard to believe it’s only a mile east of Route 1, with many of its residents native to the Arcangeli Grocery Co. is a family-owned country Bakery and Grocery store founded in 1929 which features raw honey, jams, olive oils, and its signature Artichoke bread. They ship their breads and jams nationwide.

Duarte’s Tavern was established in 1894. The bar and restaurant is iconic in the area, serving American country cooking with a Portuguese influence. Signature dishes include artichoke soup and olallieberry pie, which is a berry that’s a cross between a blackberry and boysenberry, and only grows in the region.

The capstone of the Pescadero experience is a visit to Harley Farms Goat Diary. It’s a 1910 dairy farm that was restored 30 years ago by an English woman visiting the area named Dee Harley. Dee started the farm with only 6 alpine goats. Today there are hundreds of goats all related to the original herd. The goats are bred every fall, with a gestation period of 5 months, so twins and triplet kids are born starting mid-February every year. The babies are so adorable and love attention, like dogs with little horns.

Once the goats have had their babies, they become part of the milking herd. Milked daily, each goat produces up to a gallon of milk per day, which in turn produces a pound of cheese.

The Farm Shop at the dairy features chevre, ricotta and feta cheeses, with jellies, jams, spices and herb oils from the farm kitchen. There are farm fresh eggs, jars of honey, soaps, lotions, even a “doggy wash” soap along with plenty of Harley Farm’s swag. There’s also a converted haybarn upstairs with a homemade furniture that is used for event space. They too have an online shop. 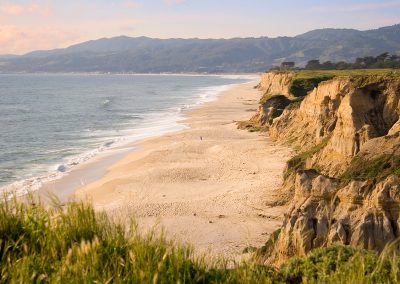 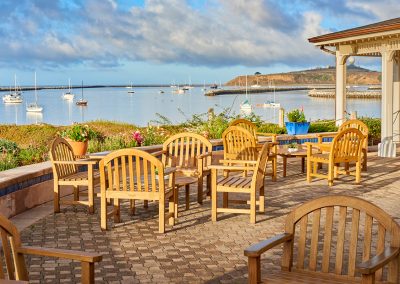 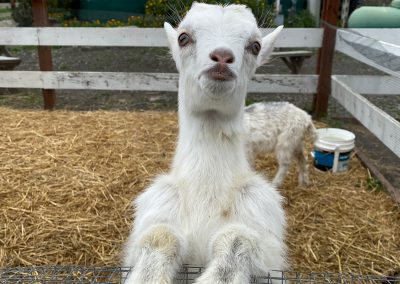 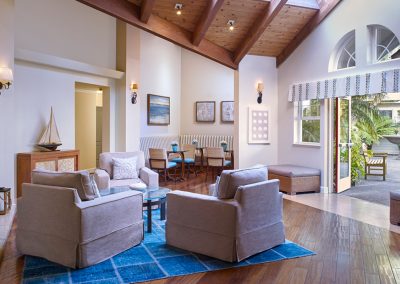 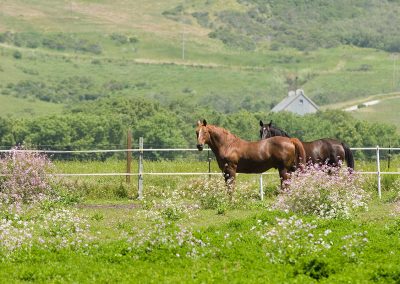 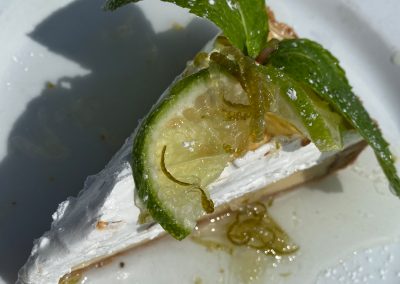