Spectacular Views, a Near-perfect Climate and Endless Ways to Have Fun in Santa Cruz

In the summer of 1885, fog-weary residents of San Francisco began climbing aboard “Suntan Special” excursion trains to escape to a sunny oasis known as Santa Cruz.

Today, even Southlanders are flocking to this ideal weekend getaway spot. A quick plane ride to San Jose and a short scenic ride over the hill lands you in counterculture central — a hip-in-a-hippie-sort-of-way small town where you can hike through a nearby mythical, Tolkienesque redwood forest, take a scenic bike ride along the coast or through the woods, and dive right in to surf or paddleboard with the dolphins. And that’s just for starters.

For more sedate activities with an educational component, you’ll want to visit the spectacular Seymour Marine Discovery Center. Here, you can get touchy-feely with a swell shark, gaze at undulating jellyfish and see what a pacific spiny — pardon the language — lumpsucker looks like. Seymour may be small, but you’ll see more marine life than you might expect in this glassed-in marine science center —including migrant Southlander crabs who apparently also decided that leaving SoCal for “CenCal” was a good idea.

For those wanting to walk on the wild side, the nearby Natural Bridges State Beach is pure nirvana. Besides being home to one of the largest overwintering monarch butterfly sites in California, the park also hosts specially protected migratory birds and rich tide-pool sea life. It’s also a popular place to windsurf, fly kites, bike, run, surf or just enjoy a picnic by the bay.

If you’d rather look — not leap — into the beautiful deep blue sea, specifically to set your sight on surfers, then head on over to the Santa Cruz Surf Museum at Lighthouse Point. This unassuming brick building houses a wall-to-wall pictorial displaying 150 years of surfing history, including — ouch! — shark-bitten wetsuits. Lots of local surfing heroes are immortalized here — from big-wave rider Jay Moriarty to wetsuit legend Jack O’Neil. While there, enjoy the eclectic assortment of street performers, then stop to admire the grisly old surfers hanging out in their beat-up buses or vanquished vans. It’s all part of that groovy Santa Cruz vibe.

And speaking of vibes … you’ll find more concentrated quirkiness in Santa Cruz’s downtown area than just about anywhere else in California. Where else can you walk down the street and spy a store devoted to tie-dye “everything,” thriving indie bookstores and more than a few oddly decorated vans and cars — all in a mandated nuclear-free zone?

Adding to the downtown hippie “aura” are all the interesting bearded and bedraggled characters that roam the streets — though some of them might just be trust-fund college students. In “forever 60s” Santa Cruz, it’s hard to tell the difference. Not into tie-dye? Not to worry — keeping with its lofty real estate prices, there’s plenty of high-end boutique shopping in Santa Cruz, as well.

When it comes to food, Santa Cruz is a cornucopia of culinary excellence — including numerous bakeries, one of which (Kelly’s Bakery) may just have the best chicken pot pie anywhere. Fine dining choices abound, including the spacious and casual chic Soif Restaurant and Wine Bar. Delectable and unusual entrees such as squid fettuccine and grilled quail with salsa verde will please any discriminating palate.

Farm-to-table is a symbiotic necessity for chefs who frequently make the rounds in the area’s top seven farmer’s markets. They’re a must-visit for Southlanders, as well. While you can’t pack a peck of pickled peppers or carry your kale onboard, you can pick up farm-to-plane items like salamis and cheeses, fresh almond butter or one of Santa Cruz’s famous pies. Another draw to these popular outdoor markets is their live music and some of the best food truck fare anywhere.

“Easily the best bakery I have experienced outside of France.”

When you’re ready to explore the rest of the county, head on down to Capitola for another must-stop eatery: Gayle’s Bakery & Rosticceria. Gayle’s isn’t just a bakery —it’s an experience, offering more food than you could possibly salivate over in a week. This local favorite is the queen of comfort food, offering staples such as meatloaf, creamy mac and cheese and the best bacon and egg croissant anywhere. And if you love baked goods, ranging from tangy key lime pie to yippee-ki-yay cowboy cookies, then Gayle’s just might become your next best foodie friend.

After grabbing your goodies at Gayle’s, continue down to the Annieglass Production Studio and Store in Watsonville. Annie’s work is so exquisite, her pieces are housed in the Smithsonian. No doubt, you’ll want to house her high-end creations in your casa as well. The good news is that Annieglass sells their “seconds” for a song.

When you’re thirsty for more fun, or just plain thirsty, enjoy a drink from Annie’s Wine & Craft Beef Bar, or migrate across the street to the S. Martinelli & Company store. Stroll through time to see how Martinelli’s began their apple empire 150 years ago, then sit on a bar stool and enjoy a complimentary tasting of seven surprising apple juice blends before heading back to your hotel.

Back at the hotel …

Santa Cruz offers a bevy of traditional and bed-and-breakfast hotel options, including the West Cliff Inn that combines historic charm with spacious rooms and spectacular views. Take advantage of West Cliff’s free loaner bikes that will have you out the door and biking the three-mile West Cliff Drive bicycle path in seconds. With its stunning backdrop of rolling ocean waves and dramatic cliffs, you’ll wish it were longer.

With its sheer spectacular beauty, diverse landscapes, fabulous food, and invigorating outdoor activities for all fitness levels, Santa Cruz is a must-visit destination. While it may be too “out there” for some, most visitors to this shining jewel by the sea are captivated by the color and verve that makes Santa Cruz what it is … beguiling and unique. 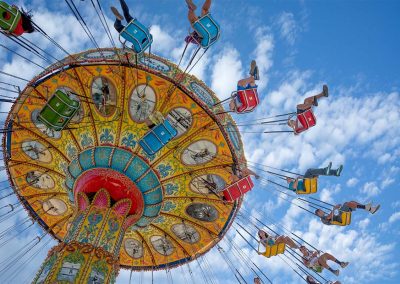 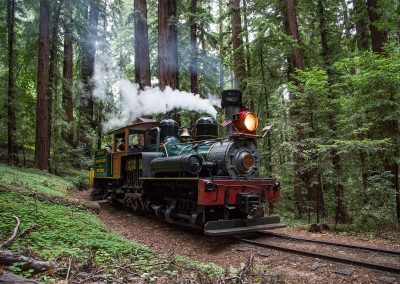 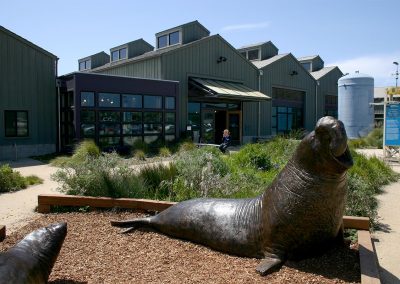 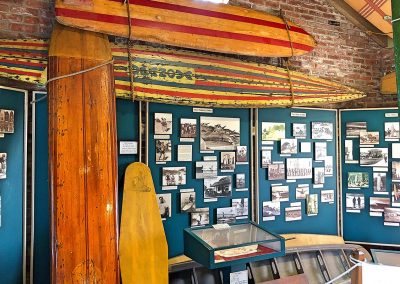 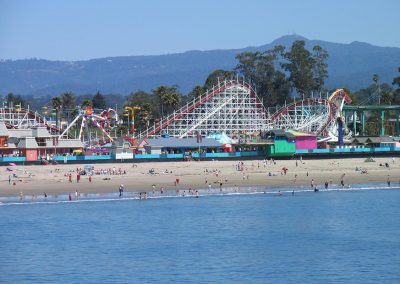 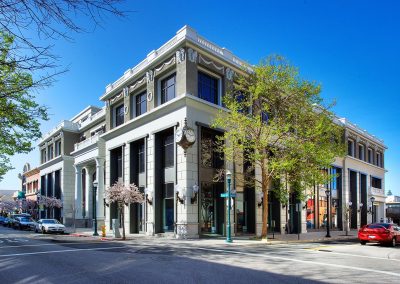