Josh Agle, the artist most commonly known as Shag, showcases his mid-century renderings at the new Shag store in Las Vegas

Josh Agle, the artist most commonly known as Shag, debuted his latest whimsical mid-century rendering of The Four Martini Lunch at a reception in the new Shag store at the recently reopened Palms Resort Casino in Las Vegas.

“The four martini lunch is just taking it to the extreme,” the painter and designer told L.A. Weekly at his latest work’s debut. “There’s a couple of businessmen that have had so much, they start causing a scene in the restaurant when one of them pulls the mask off the wall and starts bothering two women at the next table who don’t look too happy about it, nor does the cocktail waitress. Three martinis is a lot over lunch, and once I started drinking, I realized how screwed up three martinis could get you. The idea that people would go back to work and be drunk for the rest of the day boggles the mind that would even be allowed as standard practice.”

In addition to a colorful mid-century modern collection of merchandise in the store like tiki lamps, feline-themed highball glasses inspired by 60’s vintage bubble bath bottles, and coasters, the store patterned after Fred Flinstone’s den features a gallery of other works that highlight the glamorous mod party scenes Shag is known for.

“The Million Dollar View” is an indoor/outdoor panoramic Julius Schuman perspective of L.A. that includes iconic images from downtown to the Griffith Park Observatory, Capitol Records, the Watts Towers, LAX, with plenty of puppies and pool parties in between.

“We Are Not Men” is a striking yellow and orange homage to Devo, one of his favorite bands and a recurring inspiration of paintings that reflect music.

His love for the feline form is a fantastic piece that illustrates more than a dozen cats (including the original black bubble bath bottle that inspired it all) in “The Feline Fanatic.”

“I jumped from the frying pan into the fire,” the Sierra Madre native and married father of two says. “The temperature here is almost exactly like that in Palm Springs, even though the lifestyles are very different. Palm springs is sort of a slower, leisure, take it easy, start drinking at noon kind of lifestyle. Vegas is more of a frenetic structure of drinking at midnight and staying up until the sun comes up. I’ve been painting Vegas and rat pack themes for 25 years now, so it made sense to me.”

Agle, who still owns a meticulously detailed tiki condo in the landmarked Royal Hawaiian Estates complex in Palm Springs, plans on opening another L.A. store soon and is in talks with the Palms to design a Shag Suite at the hotel. He’s also working on art and merchandise specifically tailored for Las Vegas. And for the shaggiest of Agle fans, the artist is in the midst of designing a house in Palm Springs called the Shag House, which is a top-to-bottom remodel of an existing 1958 house that will debut at Modernism Week 2023.

“It will look just like you’ve walked into one of my paintings with a martini.”

This article first appeared on LAWeekly.com 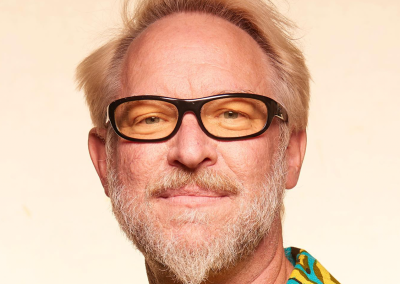 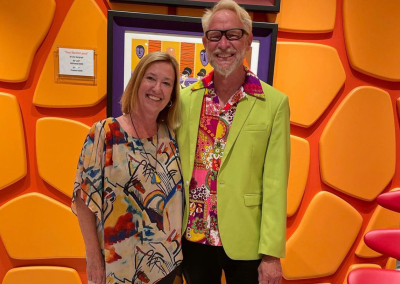 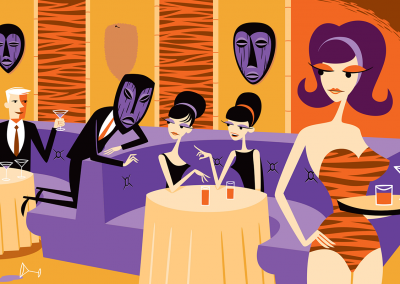 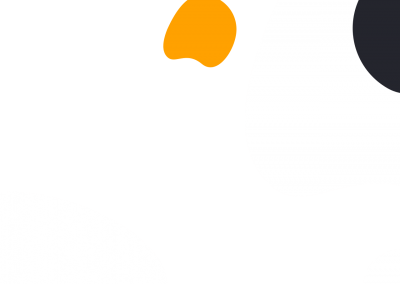 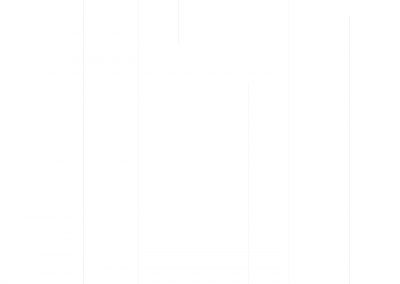 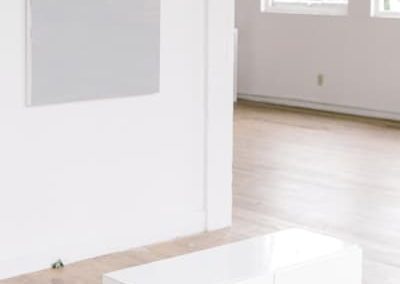 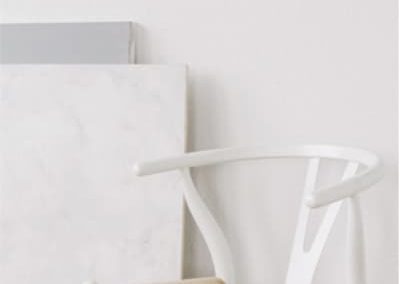 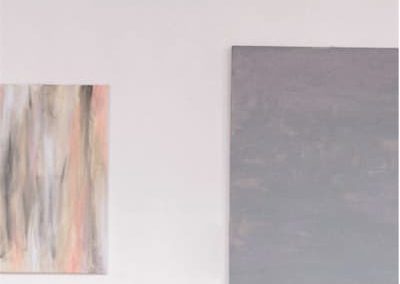 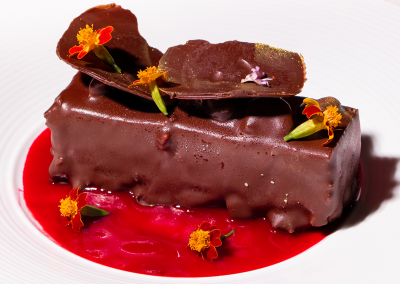 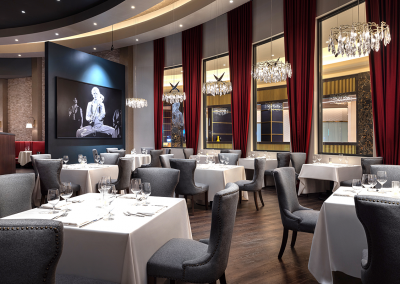 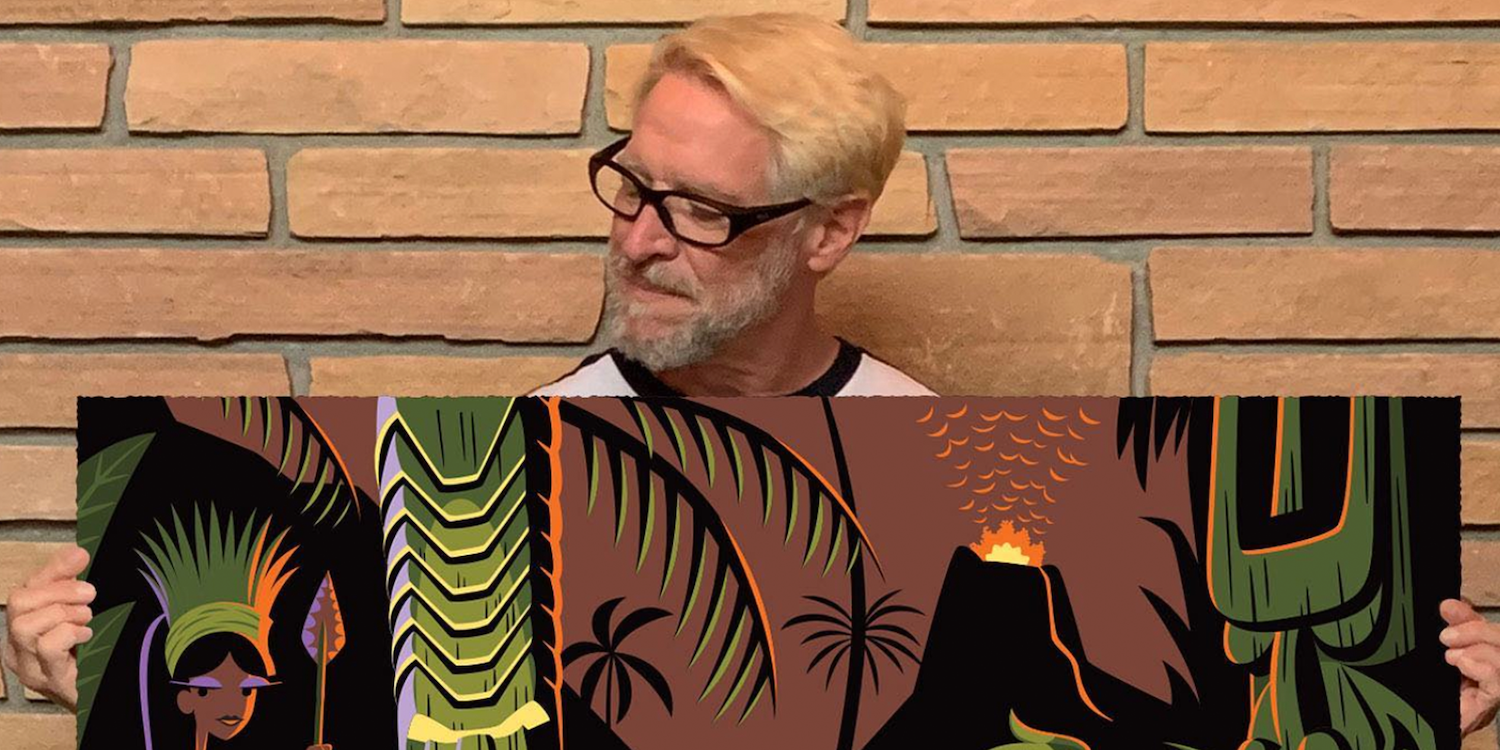